A Testimony of Love and Faith by Chris and Carol Wong

Many couples dream of having their own children to love, to cherish, and to hold. They eagerly await their transition to parenthood where the center of their universe shifts to little beings of light, whose laughter shakes the soul, and with one smile are able to illuminate lives. Indeed, parenthood is a worthy goal for most married couples to chase after, but the road to the finish line is not always clear-cut. Some reach the end without facing any problems, but there are also those who had to take several detours to get there.

For Chris and Carol Wong, their journey to parenthood did not just involve twists and turns. They had to take a path that not a lot of people dare to tread, facing challenges that tested the strength of their marriage and faith. Theirs is a story of love, hope, and new beginnings – a tale that can provide inspiration to couples who are in pursuit of building the kind of family that they envision to have.

Chris and Carol: How They Met

Chris and Carol lived in different worlds – he was born and raised in Australia and she was from the US – but distance alone couldn’t keep them apart. “8 years ago, we met online through a dating website,” Chris shares. “I was still in Melbourne, and Carol was actually in Shanghai, China. We started communicating, and then Carol invited me to come and visit her. I took the opportunity back in 2010, and after a whirlwind 5 days, we got to know each other better. I decided shortly after that to move from Melbourne to Shanghai to pursue a relationship with her.”

Needless to say, this meeting of hearts ended in a blissful union. During the first couple of years, newlyweds Chris and Carol weren’t too keen on having children yet. A turning point in their married life came when they finally decided that they were ready to become parents. Despite their efforts, they were unsuccessful in conceiving a child. This led them both to seek professional help. After trips to fertility clinics and consultations with doctors, they were given an option: Undergo in vitro fertilization or IVF.

Taking the Next Step: IVF

The National Library of Medicine via its online health information resource MedlinePlus defines IVF as “the joining of a woman’s egg and a man’s sperm in a laboratory dish.” It is a form of assisted reproductive technology where special medical techniques are utilized to help a woman become pregnant. According to the Pacific Fertility Center, the first successful IVF case occurred in 1978, with the birth of Louise Joy Brown in England. Since then, IVF has led to the birth of about 5 million babies worldwide.

Carol was no stranger to IVF. In fact, there were people close to her who have gone through the process. “I first heard of IVF when I was much younger,” said Carol. “My aunt tried to conceive through IVF 20, 30 years ago, and has gone through multiple rounds of IVF but was not successful in the end. More recently, my best friend also went through IVF, and she conceived twins.”

Carol’s story speaks volumes about IVF and its chances of success. As women age, the probability of conception dips. As published in the website of the United Kingdom National Health Service, the percentage of IVF treatments that resulted in live birth between 2014 and 2016 ranged from 29% for women under 35, to just 2% for those over 44. Carol was 36 at the time.

Despite the risks, Chris and Carol made a conscious decision to push through with IVF and take one step towards their goal.

“We think that once you start with IVF, you can go through that perfectly, but in fact, your body needs to prepare for IVF, as well. One of the challenges that I faced was that I didn’t have enough follicles,” recounts Carol. “A lot of it had to do with lifestyle. I’m an entrepreneur, I was running my own business in Shanghai. It was stressful, I was travelling a lot, but nothing different from what modern women face these days.”

Given that the success of IVF is largely dependent on a woman having a number of follicles mature enough for the process, Carol had her work cut out for her. “With this whole fertility journey, you think that it can just happen. To be honest, I was hoping that a stork would just fly in and bring the babies,” Carol said, referencing a scenario taken straight out of a storybook. “But the stork never came, and I had to work very hard.”

Carol’s determination led her to switch to a healthier lifestyle. She threw herself into regular exercise routines, took different natural supplements, and adopted a more balanced diet all to naturally increase the number of healthy and mature follicles that her ovaries can produce.

“I understood the procedure, but it wasn’t something that was very real to me,” Chris admits. “When we started talking about the possibility of IVF as an alternative way of conceiving a child, I was also quite resistant about it. As a guy, I felt like this should just happen naturally, it shouldn’t be something that hard. There were times when we had these conversations where it was quite challenging to process for myself, as a guy, how willing I am to go to a doctor to talk about fertility, especially my fertility. As guys, we don’t really want to think about these things too much. We kinda just want to have it happen and move on from there. I had to go away and really just examine myself.”

Despite their personal struggles, Chris and Carol’s love for each other and their determination to see their journey to the end shone through. Hand in hand, they soldiered on, supporting each other in every step of the process, with Carol courageously taking on medical procedures and Chris recognizing how strong and resilient his wife is.
Their labors definitely weren’t for naught, after a pregnancy test revealed that Carol carried not one, not two, but three fetuses in her womb. “We weren’t expecting that,” confessed Chris. “The probability (of having triplets) is actually very, very low, it’s like, 1-2 percent.”

It was surely a pleasant surprise to the newly expecting couple, but little did they know that the mood wouldn’t stay celebratory for long. Just when they thought that they were hitting their stride, they were faced with yet another challenge that shook them to their core. 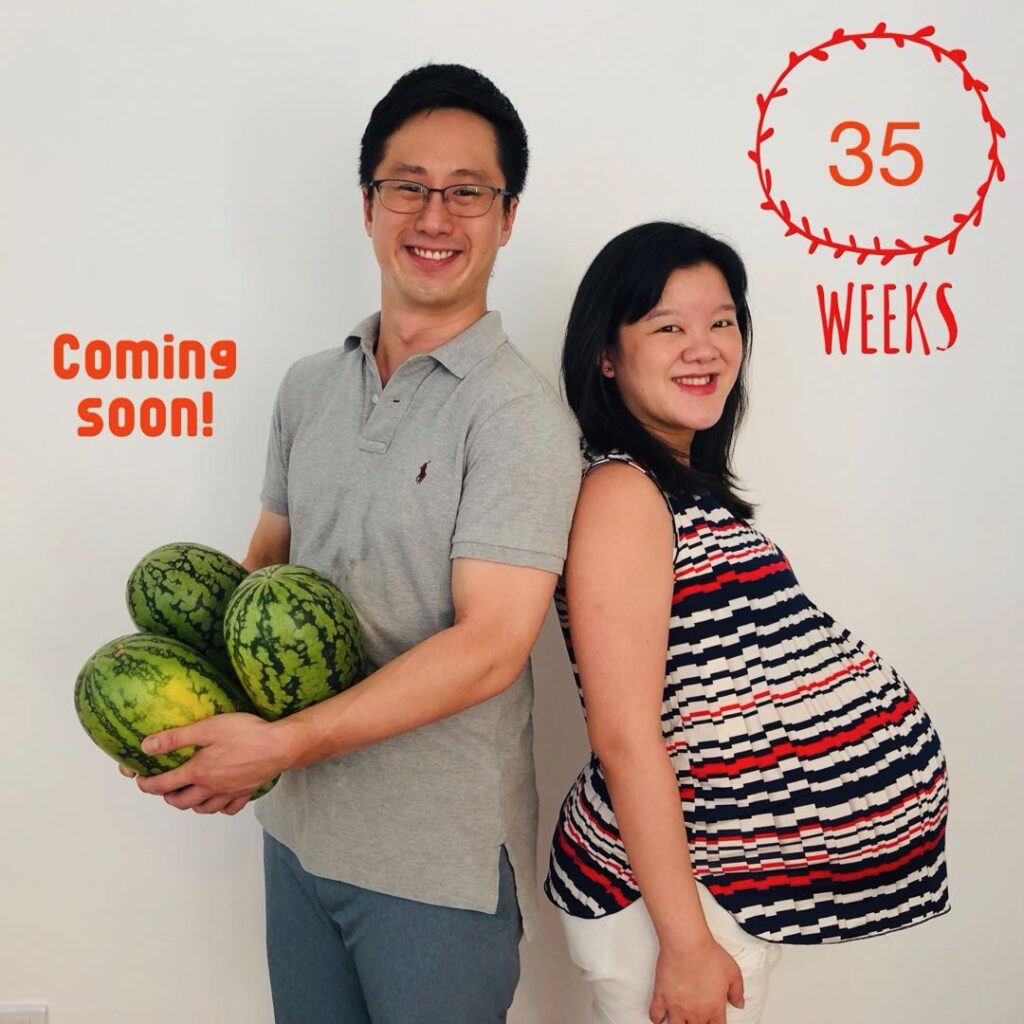 “As we received the news that we were actually successful in the third round of IVF to have triplets, we also received the news that the doctors advocated for fetal reduction,” said Chris. To the uninitiated, this is a practice that lowers the number of fetuses in a bid to improve one’s chances for a healthy pregnancy. Essentially, they were asked to choose which of their babies they wanted to spare – and who they could let go.

“It was too much to process,” admits Carol. “We just prayed to God, and asked ‘what do we do next?’ We just didn’t have it in our hearts to make that decision. We both talked about it, we both prayed about it, we asked different mentors and sought medical advice, and after going through all of that, I just felt God telling me: Do not fear. Cast away your fears, and I’ve got you.”

For Carol, it was the biggest faith journey that she has ever been on, and while the road ahead was filled with uncertainty, her belief in God, her family, and her own self saw her through the various changes that her body had to go through in choosing to keep all of her babies.

“We kind of went against the common doctor’s advice. We just said, by faith, we’re going to do this. We prayed everyday, and every day, we thanked God for another day. We did that until the babies came out at 35 weeks, full-term.”

A Realized Dream: Living with Triplets

What was once just a dream became reality when Chris and Carol finally saw all three babies in the flesh, bursting with life. IVF was quite the ordeal that tested various aspects of their relationship, but having their children in their arms was well worth it. With a bigger family, Chris and Carol are now starting yet another chapter in their lives – as parents to Caris, Caden, and Caleb. 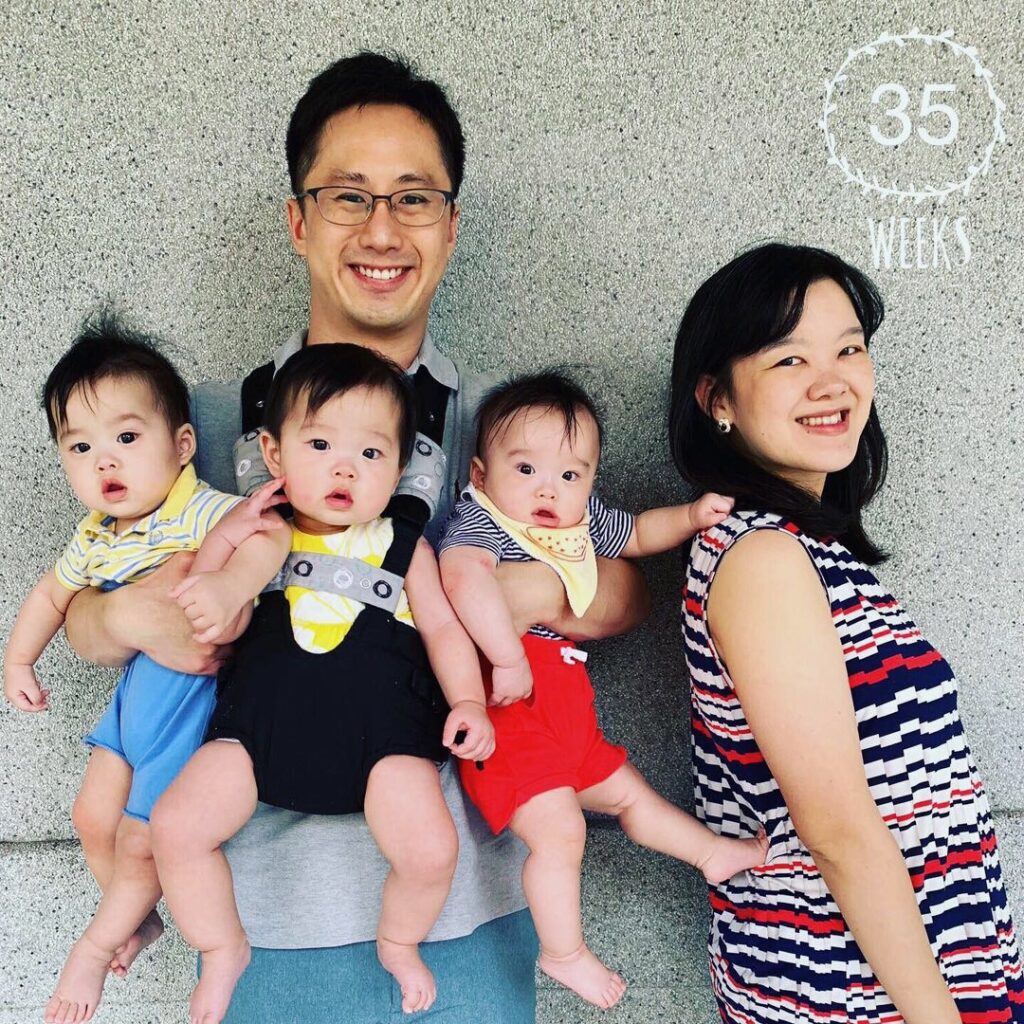 “The day that we decided that we were gonna have triplets, we threw our whole lives out the window,” said Carol. “We knew that our lives are never gonna be the same again, and our lives will be completely focused on them.”

As first-time parents, it took a village to raise three babies at the same time, and Chris and Carol were fortunate to have their families who were more than willing to lend a hand. “We had to work as a team,” said Chris. “We had to figure out how to organize our time and the kids’ time, and get everything ready for the day.” They were able to have a system going, but it wasn’t always as easy as it seemed. “Our days can be very organized, but then, it can be very chaotic,” chimes in Carol. “When all of (the help) left and it’s just the five of us, (that) is when I really felt that this is our new family. I felt very empowered during this time, I never had to fear that there is no help because I knew that we could do it on our own.”

“I feel very blessed,” expresses Chris. “As much as we struggled with infertility, we are very blessed to have triplets and each of them are healthy. There’s nothing more that we can ask for. I just want to spend this time to have quality time with our children, get to know their personalities, gifts, and talents. It is a daily adventure to learn a little bit more about each of the children.” 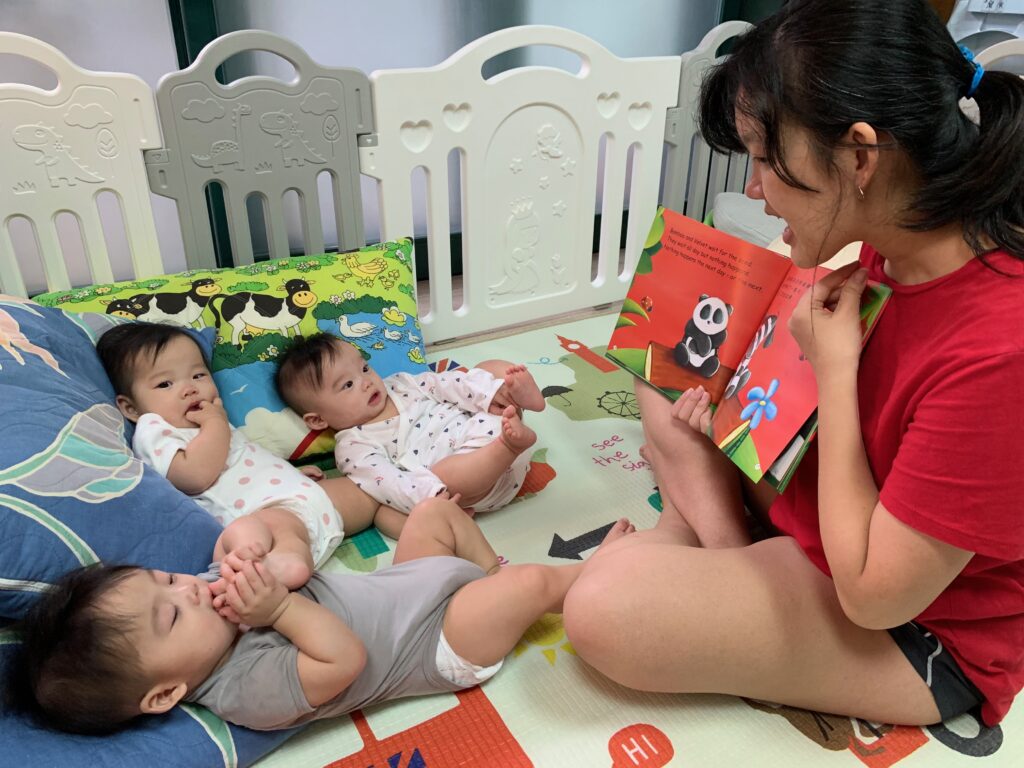 Carol recognizes that, although it was Chris and her who went through the whole process of IVF, having a strong support system helped them get to where they are now. “Sometimes, you can feel very alone going through these fertility challenges. Nowadays, a lot of people are going through the same challenges, and to be able to have that community of support to hear you out, to pray with you, to be there for the couple, I think it’s really important,” said Carol.

Chris and Carol’s story is a testimony that despite life’s difficulties, we can emerge victorious every time. With a bond fortified by love, faith, and determination to succeed, anything is possible.